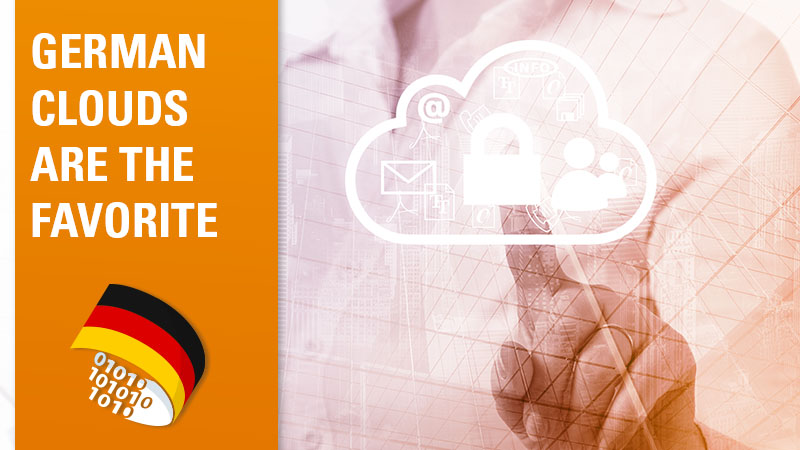 US Cloud? No thanks!

Nine out of ten German decision-makers see Germany as their preferred location for storing critical company data in the cloud. Apparently, local companies here are still concerned about the misuse of their data in the cloud – or at least they mistrust the location.

44% of IT decision-makers in German companies voice concerns about their company data in North American cloud computer centers. This is the result of a survey by the opinion pollster Censuswide on behalf of the German Internet provider Ionos.

67% cite concerns with regard to the American level of data protection as the main reason for this distrust. More than half of those polled also view as critical the fact that the cloud storage location in the USA is too far removed from actual business operations.

Second on the list of least popular storage locations is the UK. However, only around 13% of those polled feel uncomfortable with the idea of storing their data on the British island. What is more interesting is that 49% of critics cited the current unstable political situation in the UK – with regard to Brexit – as the main reason.

Germans prefer to store their company data in Germany – 88% rely on their home cloud. This makes Germans more patriotic than other countries – only 28% of French IT decision-makers reject the USA as a data storage location. 46% of the French, however, have data protection concerns and are not happy that their data is stored so far away from home (54%). In this respect, the French are in agreement with their British neighbors. For 27% of the British, data storage on US servers is out of the question. And for the British too, doubt in the US data protection standards plays the biggest role (50%).

However, the acceptance of cloud usage has increased over the past few months, due to the restrictions of the Coronavirus pandemic. Market researchers from IDC came to this conclusion after 200 IT and technical decision-makers from companies in Germany with more than 100 employers were asked about the cloud. 35% of those polled expect the cloud to enable a higher degree of scalability in their infrastructure, while 33% expect faster provision of solutions and 32% improved IT security.

In the past, the issue of security in particular has caused many decision-makers to doubt whether the switch to the cloud would work. Meanwhile, the conviction that the ITC business is more secure and less prone to failure with a modern infrastructure and automated processes, as the cloud offers, seems to be becoming widely accepted. Especially when action has to be taken quickly, as in the past few months, and there is no way around cloud solutions.

In favor of Germany as a preferred data storage location:

You can find more information on STARFACE’s cloud offers here