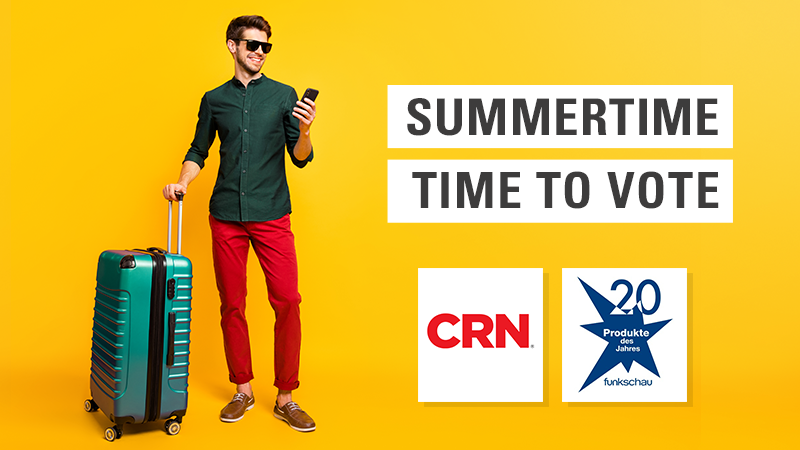 No summer break for readers' choices

… and that’s why we’re asking the STARFACE community for support, even in the hot weather – the readers’ choice of Computer Reseller News is running until the end of August. And in parallel, until September 20, the ITC trade magazine is also organizing ist readers’ choice competition!

A good result in the voting will help us all – STARFACE, but also each of our partners, because you can use the awards and prizes as an additional sales argument in customer meetings.

And there’s another good argument in favor of taking part in the readers’ polls – for the next summer party, there will be a prize draw with some great prizes including a Weber gas barbecue, a portable Bang&Olufsen loudspeaker, E scooter. Rumor has it that the chance is even greater if you vote for STARFACE …